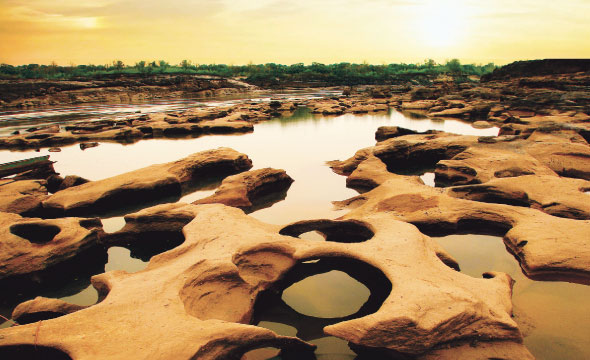 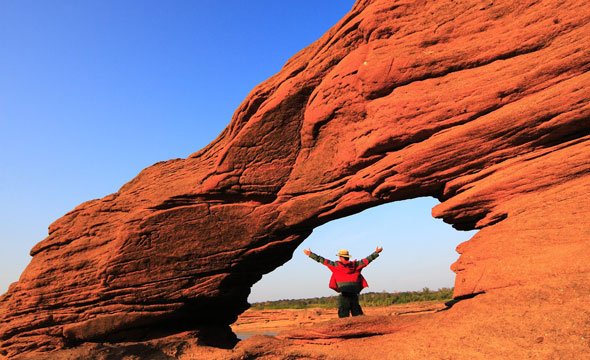 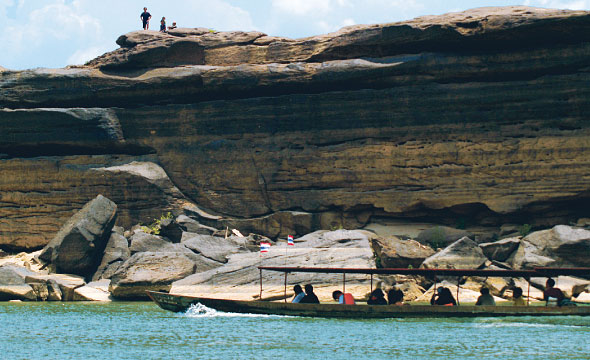 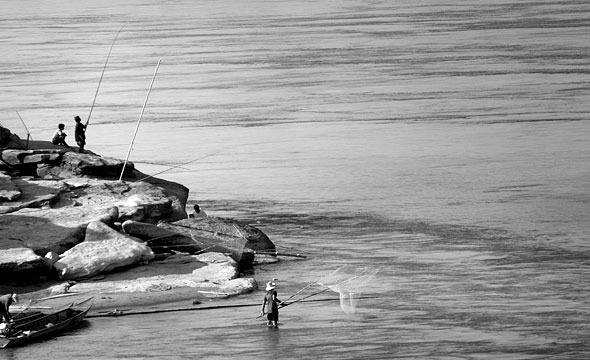 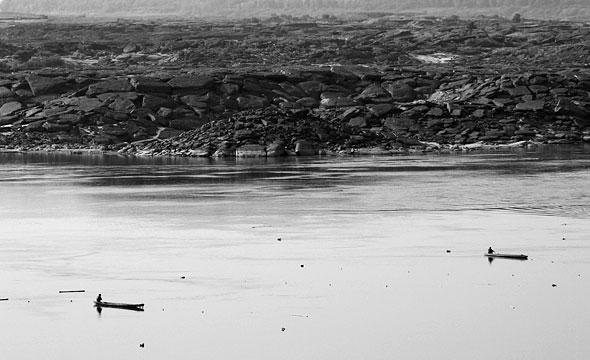 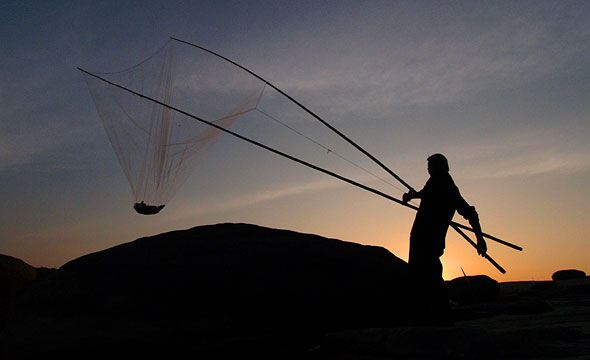 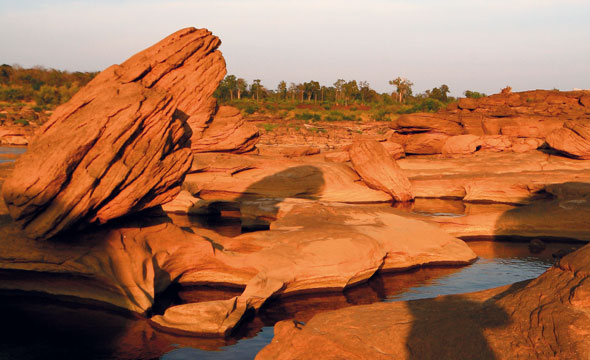 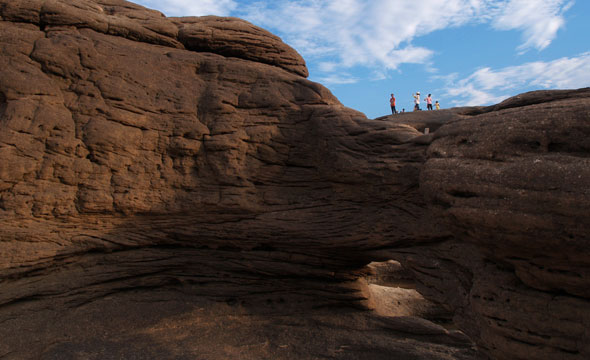 Cruising through the wondrous natural phenomenon

From Ubon Ratchathani town, take Highway 2050 (Trakan Phuet Phon- Pho Sai) and drive along for about 120 km keep your eye on the signs “Sam Phan Bok”.

A large sandstone rapids at the end of the Phu Phan Mountain Range that stretches along the banks of the Mekong River between Thailand and Lao PDR. It is a winding and narrow part of the river. This area of the Mekong’s River banks are lined with rock formations creating a large 30 square kilometre bar. It is considered to be the largest known natural fish spawning area of the Mekong.

The wondrous power of nature is sometimes fantastic beyond description. The swirling rapids sweep sand, gravel, stone, and wood debris to scrub and erode the sandstone bar into a pan containing more than 3,000 large and small holes, culminating in the fine beauty beneath, and creating works of art in the middle of the Mekong. A heart, a star, and various animal shapes can be seen as they emerge from the water with their strangeness and strength during the dry season; from around November until March.

The word “Bok” in Laotian means basin which is why this area is now called “Sam Phan Bok” (sam phan is three thousand in Thai).

Also nearby is a place known to the locals as the “Mekong Grand Canyon”. It is a rock cliff that was carved through thousands of years of erosion from streams above it creating the astonishing natural phenomenon. It is a large channel 3-7 m high and 20 m wide.

Visiting Sam Phan Bok can be done on a sightseeing boat. You can enjoy the view throughout the route’s distance of around 4 km, starting from “Hat Salueng” where you embark, through “Pak Bong”, a bottleneck caused by the mountain range squeezing the Mekong. The narrowest point is amazingly merely 56 m. In the months of January and February you can experience the Song Khon Villagers’ fishing tradition where they use a giant net hoisted on poles to catch fish swimming through the channel. The route will also take you past “Hua Phaniang Rock” a large rocky rapid that splits the Mekong River into two streams.

Next you will see the “Sila Lek” rock cliff, a historic remnant of the French-ruled Indochina. Numeral markings on the cliff face were used to measure the Mekong’s water level for the safety of the steamboats hauling cargo between Lao PDR and Thailand. After that is “Hat Hong” (Swan Beach), created when excess sediment and silt was washed up and be deposited until forming a large sand dune.

Know Before You Go
"The best time to travel is during November to April. Exploring the entire area should take about 3 hours."

Recommendation
"If you bring a sitting-board you can enjoy sliding down the sand dune. Plan to arrive before sunset to see the beauty faint orange-yellow light reflecting off the white sand. Soon you will arrive at Sam Phan Bok. If you are pressed for time it is possible to drive directly to Sam Phan Bok itself."